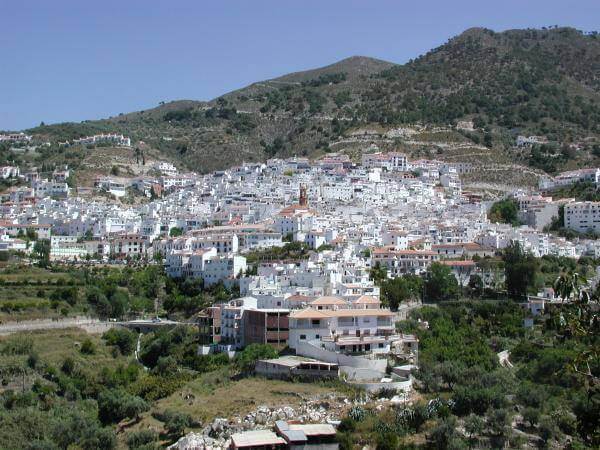 Cómpeta has a Roman origin. Its name derives from Compita-Orum (Latin) which means crossroads. It was a place where the Romans celebrated their festivals and offerings. It was also a place to shop and sell products. This is believed to be the origin of the town since there are no written documents to support it.

In the first written document dates from 1487, date in which supports the Catholic kings against the Moriscos. This town is characterized by its vine, olive and fig trees that spread throughout the territory was also a good place for the cultivation of mulberry trees to feed the silkworms but now this type of tree is practically nonexistent. 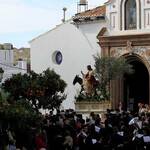 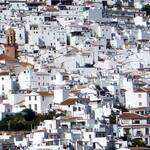 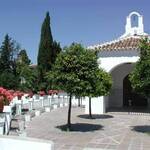 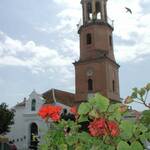 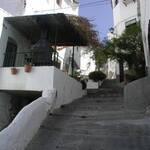 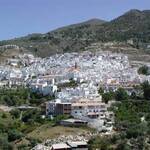 Competa celebrates on August 15 one of its best parties, being the most famous and the one that most characterizes the town. In this celebration tribute is paid to the patron saint of the town, Our Lady of the Assumption, and in its origin, the farmers were dismissed the next day they left to start the harvest. When a neighbor of the town, Aurelio Fernández Navas, in 1973 invited everyone in Cómpeta to all the wine that was consumed that night in the town, he created an event that would be repeated every year until today and that has gained international fame. .

The party usually begins in the morning, with the tread of grapes where neighbors of Cómpeta and dresses of traditional way of grape pickers, tread the grapes accompanied by an honor trodler in the form of tribute while a tasting of the wine of muscatel grape produced in area. This event takes place in the Plaza de la Vendimia, where there is a site enabled for the treading of grapes and the collection of must as few farms have.

While the grapes are finished, folk music brightens up the party while waiting for the delicious crumbs served with cod, a salad and grapes. After lunch there are usually concerts by artists of the moment.

Later, at night, the party moves to the Plaza de Almijara where it is usually mounted a stage with a farmhouse shape making a real facade with its door and window that is removed after the party. Follow the party all night with folkloric and flamenco performances. Speak poets, artists, writers who give a cultural touch to this playful party.

In the month of July the festival is celebrated in honor of the patron saint of San Sebastian, the day of Santiago, usually has 4 days of celebration.

In commemoration of the patron Saint Sebastian, it is celebrated during the month of January in the neighborhood called El Barrio. This neighborhood is dyed with lights and colors for a full weekend, counting on Saturday with a party for young people during the afternoon and ending with sunrise, giving way on Sunday to a full day of celebration in the same place, the Arroyo Lara park.

The party ends after the return of the image of San Sebastian to his hermitage, accompanied by his followers in a small pilgrimage.

The typical food of competa are migas, fennel stew, and fried pumpkin but what most characterizes the town are its raisins and the wine (sweet - dry) that is world-renowned.

Sites that you can not forget if you go to Cómpeta:

And its Natural Park

In mid-August 1999, the Plan for the Regulation of Natural Resources of the Sierras de Alhama, Tejeda and Almijara was given the green light, a step prior to its definitive declaration as a protected area and its inclusion in the Network of Protected Natural Spaces of Andalusia ( RENPA). The Andalusian Government Council approved in September what would be the fifth Granada Natural Park and the third from Malaga, since it affects exactly 40,662.95 hectares distributed almost 50 percent between the two provinces.

It finds its highest altitude in the Sierra Tejeda (the name of Tejeda comes from how abundant these trees were in the past), reaching 2066 meters at the peak of La Maroma, which is the highest in the province of Malaga.

The summits of the Sierras de Tejeda, Almijara and Alhama Sierras Natural Park form the natural border between the provinces of Málaga and Granada. The Tejeda and Almijara mountain ranges are located on the Malaga side, in the heart of the Axarquía region. Alhama corresponds to the westernmost part of the province of Granada.

In these mountains predominate the white and gray tones of ridges and ravines, consequence of the abundant marble of the zone. The decomposition of these rocks creates sands where the pine forests adapt and form the most extended ecosystems, composed by Aleppo pines, blacks and even larches. In the highest and shady areas, oaks and maples also appear.

Other geological elements that stand out in the park are the Nerja Caves, declared National Monument, and also the top of the Maroma reaching 2066 m. altitude above sea level, this summit is the highest in the province of Malaga and there are hiking trails to climb it.

In the Natural Park of the Sierras de Alhama, Tejeda and Almijara are included the municipal terms of Alhama de Granada, Arenas del Rey, the Autonomous Local Entities of Jatar and Fornes, Jayena and Otívar, as well as the Alcaucín malagueños, Canillas de Albaida , Canillas de Aceituno, Cómpeta, Frigiliana, Nerja, Salares and Sedella.