Gibraltar ?, No thanks, I prefer to visit Baelo Claudia and Tarifa 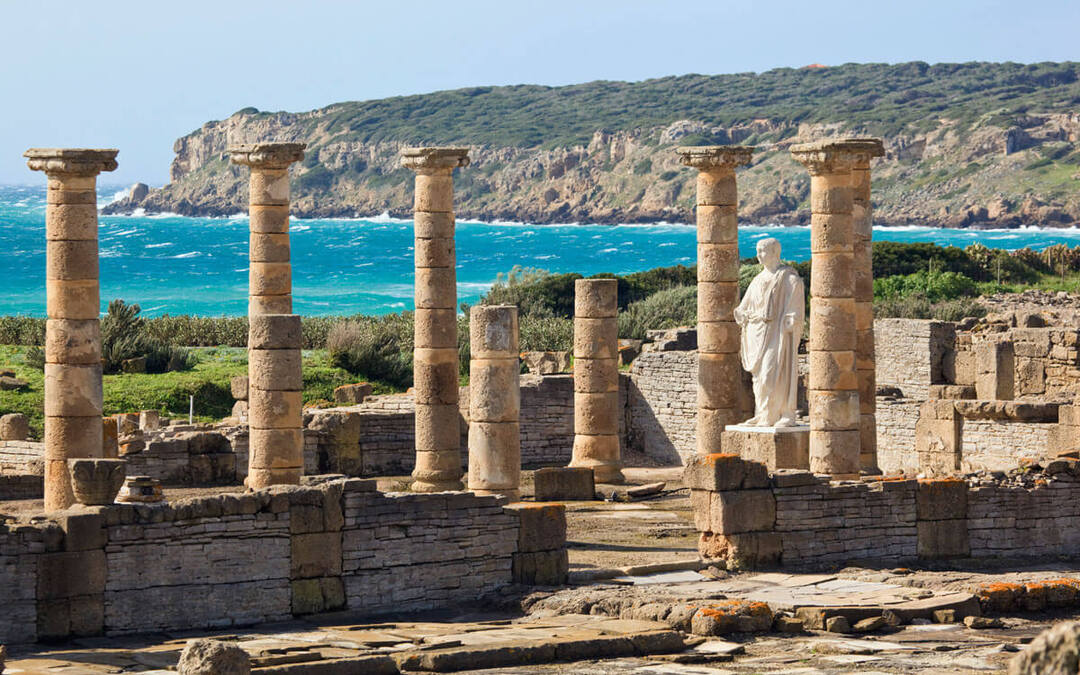 Gibraltar ?, No thanks, I prefer to visit Baelo Claudia and Tarifa

Many of our friends and clients come with the idea of, on their short vacations, visiting the British colony of Gibraltar. Why not? but if we put in a balance losing 2 hours of customs at the entrance and another two hours of waiting at the exit to visit a decrepit periclitado military bastion, Victorian style, with a history that goes back to the agreements between Spain and England in times of the Napoleonic invasion, where you can only buy tobacco, perfumes, chocolates, gasoline and evade taxes or travel 54 kilometers more (just 30 minutes more by car) and visit the fishing village of Tarifa, enjoy its beaches and A little further away, see one of the oldest canned fish factories in the world ...

I sincerely prefer to see a beautiful sailor town with more than 2300 years old than to see an uncomfortable and expensive destination that "does not tell me anything". If we add to this the beaches of Bologna, eating a fish in Tarifa, which is the true SOUTH of Europe, looking face to face the African continent .... I think the game is won: Win the Baelo Claudia / Tarifa / Beaches of Bologna

Up to here a little opinion, very personal, from here I will only include official and contrasted information.

«Salting factory 001" by Annual – Own job.
Available under license CC BY 3.0 via Wikimedia Commons.

... Baelo is a port where it is usually shipped to Tingis, in Mauritania. It is also an emporium that has salted fish factories ...

The city was born in the late 2nd century BC. C. on an older Phoenician-Punic settlement (Bailo, Baelokun), and its existence is closely related to trade with North Africa (it was the main seaport that linked with the city of Tangier in Morocco). It is possible that Baelo Claudia had some administrative center functions, but fishing, salting industry and garum (a sauce derived from it) were the main sources of wealth. The Roman emperor Claudius granted him the rank of municipium (Roman municipality).

The life of these populations reached full splendor between the centuries I a. C. and II d. C., beginning its decline from the second half of the second century, when a large tsunami swept much of the city. To its disastrous effects were added the crisis of the third century and the incursions of hordes of pirates, mainly Mauritanians and Germans. Although it underwent a slight regrowth in the 3rd century, the city was definitively abandoned in the 7th century.

Since the end of the first century AD, its prosperity has gradually come to an end, coinciding with the crisis in the production of its factories, the invasions of North Africa (2nd century AD), the looting of the Germanic hordes (3rd century AD) and above all, a seismic movement that ruins the buildings erected during the imperial era; a factor that accelerates the process of abandonment that the city was already suffering, and in spite of which its commercial relations manage to maintain themselves until the 5th century AD

When the garum is talked about today it is made as if it were a unique formula, which is a big mistake, because depending on the place of origin it was manufactured in a different way, giving each recipe a sign of identity or denomination of origin that It was unmistakable.

Despite what can be believed is not a Roman invention, although if they were the ones who took more advantage in gastronomy, since the first to market the product were the Greeks about the fourth century BC; in fact its name comes from the fish that the Hellenes called gáro and that at present in Spain it is called mackerel

But the Greeks were not the discoverers of the garum, since there is historical evidence of the use of a similar product in Mesopotamia many centuries before.

The disappearance of this preparation of the kitchens, I refer as trade in the Mediterranean, was the result of the dismemberment of the Roman Empire after the invasion of the barbarian peoples of northern Europe

This product was aimed at large cities and therefore was an expensive, luxury product, which made it a great business for those who manufactured it. The location of the industries were generally in the suburbs of the coastal cities where they were produced or, as in the case of Baelo Claudia, the economic base where the economy of the city was sustained.