These friends, who are citizens of Singapore and China, chose Finca Buenavista in Chilches, Málaga and more especially the Granada Apartment since it has capacity up to 6/7 people. 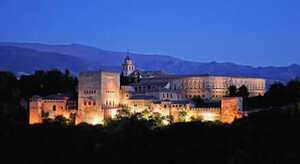 They were also enjoying a few hours of climbing in El Chorro and they celebrated with a barbecue in our facilities.

Today they have gone to the next destination: Imperial Rome and have wanted to leave a trace of their joy in that photo. See you later!