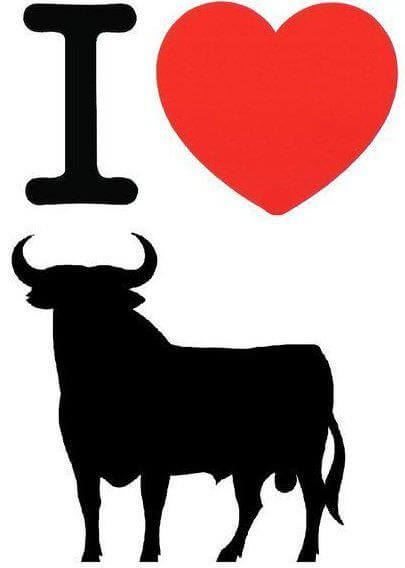 The "Swoosh" of Nike. The Apple of Macintosh. The golden arches of McDonald's. The Bull of Osborne. Everyone knows them, and everyone knows the products they represent, but only one has become the icon of an entire country: El Toro de Osborne. What began as an advertising image, has transcended its original purpose to become a national icon. But the road has not always been easy.

Osborne, the company of El Puerto de Santa María, is a family business, in the hands of the sixth generation, which has been producing wines and spirits of the highest quality since 1772. Osborne produces a variety of wines selected by different denominations of origin: "Osborne Solaz" and "Dominio de Malpica" - Tierra de Castilla, "Bodegas Montecillo" - Rioja; "Señorío del Cid" -Ribera de Duero and world-renowned wines such as Jerez and Oporto from the house Osborne. In addition, it produces spirits such as "Osborne Brandy de Jerez" and "Anís del Mono".

From its first appearance in 1957, the Toro de Osborne has come to represent the people and culture of Spain. Do not forget that at first, the Bull was conceived as an advertising logo for the Veteran Brandy of the company. The prototype for the first bull was drawn in 1956 by the artist Manolo Prieto, a contributor to the advertising agency Azor. It was a simple drawing sketched on paper that represented the silhouette of a brave bull. Osborne still retains the original drawing made on a sheet of grid paper.

However, the strength of the image was mainly in the metaphor it presented. El Toro, proud, dignified and powerful, is the ultimate representation of tradition, nobility and strength.

The first bulls were made of wood and began to be installed in November 1957. They were then 4m high. At the end of 1957, 16 Toros de Osborne had already been installed along the Spanish road network, and their numbers continued to grow year after year. The original poster was painted "Veteran" in white. As El Toro became an integral part of the Osborne company, the slogan of the posters changed to "Osborne Jerez y Brandy", thus increasing the role of the Bull as a representation of the company as a whole.

From the year 1961 the silhouette of the bull in metal sheet begins to manufacture to avoid the deterioration suffered by the wood in the inclemency. And the size is increased to 7m.

In 1962, a new regulation on road advertising (specifically, August 8 and 22), requires that all advertising be removed at 125m distance from the tracks. Osborne agrees, but increases the size of the "Bull" from 7m to 14m in height, so that he could maintain his notoriety at that distance.

Since the birth of the Bull, the Tejada family, relatives of the artist Manolo Prieto, have produced and erected these metallic beasts for the Osborne family. Unlike many other slogans and images that are part of the history of pop culture, El Toro has caused an inescapable impression on the Spanish landscape and on the Spanish way of thinking. Identifying its values in it, the Spaniards have adopted the Bull as a popular icon, and even as a symbol of strength and nobility.

Between 1988 and 1997, the Osborne Bulls were threatened by new legislation on road advertising. This aroused considerable attention in the media and a certain concern in the public. Cultural associations, artists, politicians, journalists and important personalities from different areas cried out for the del Toro pardon.

In September 1994, as a result of the publication in the BOE of the General Road Regulations of the MOPTMA (Ministry of Public Works, Transport and Environment), the media echo the threat that looms over the silhouette of the Bull of Osborne placed on Spanish roads. 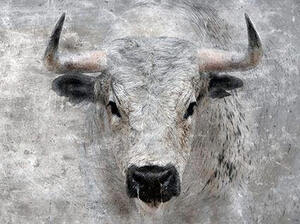 Motivated by the widespread passion for the posters, hundreds of municipalities even offered their own land, as a residence for the Bulls, "banished" by the new regulations. Several Autonomous Communities, through their Ministries of Culture, are in favor of maintaining the Toro de Osborne on their roads, proposing that the fence be classified as a "cultural asset". More specifically, the Junta de Andalucía makes statements in this regard on October 13, 1994. Navarra states that it will maintain the bulls installed on their roads as the MOPTMA law does not apply, under the Regional Law that governs this community.

Committed to maintaining the unity of the herd, Spanish citizens demanded that El Toro de Osborne remain an integral part of the country's landscape. Surprisingly in December 1997, the Supreme Court of Spain granted amnesty to the posters, declaring the silhouettes part of the cultural and artistic heritage of the Spanish landscape and its people. The sentence dictates: "It has exceeded its initial advertising sense and has been integrated into the landscape." This ruling also states that "... the aesthetic or cultural interest that the community has attributed to the public must prevail as a cause that justifies its conservation. sphinx of the bull ... "

This ruling reinforces, from the legal point of view, the exceptionality of the silhouette of the Bull that had previously found the support of the Junta de Andalucía that had granted the category of Monument in the General Catalog of the Andalusian Historical Heritage to the 21 Bulls of Osborne installed then in your region.

To date, there are more than 90 Oborne Bulls that are proud in Spain and there is even a copy in Mexico. Fifty years old in 2006, El Toro remains a symbol of Osborne and icon of Spain.

Since its creation, the Toro de Osborne has become the corporate "umbrella" brand of the Group. In addition, it is undoubtedly one of the best-known Spanish brands inside and outside our borders. The silhouette of the Toro de Osborne is a registered trademark, patrimony of the Osborne Group.