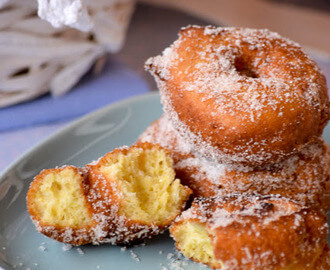 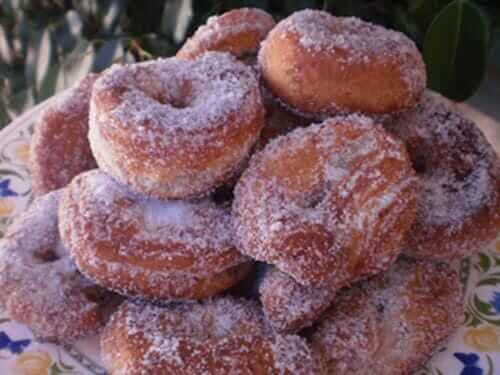 Hello, today I am going to present the Recipe of Rosquillas de la Axarquia that my dear friend Mari Carmen Parra Gil has passed to me, who is a very close friend of mine, a former schoolmate and who has been reunited after more than 30 years. ! It's for you beautiful!

In a large bowl mix the eggs and let them foam, then add the sugar until it thickens, later we will add the oil, the lemon zest, the yeast and the orange juice. We stir and mix well.

We are slowly adding the flour sieving and mixing trying not to form lumps.

We will heat abundant oil to fry them, we will separate small portions, we round them and we stick their thumb in the center to make the hole, just at the moment of throwing them into the boiling oil. We take them out, we drain them on absorbent paper and quickly pass them through sugar.