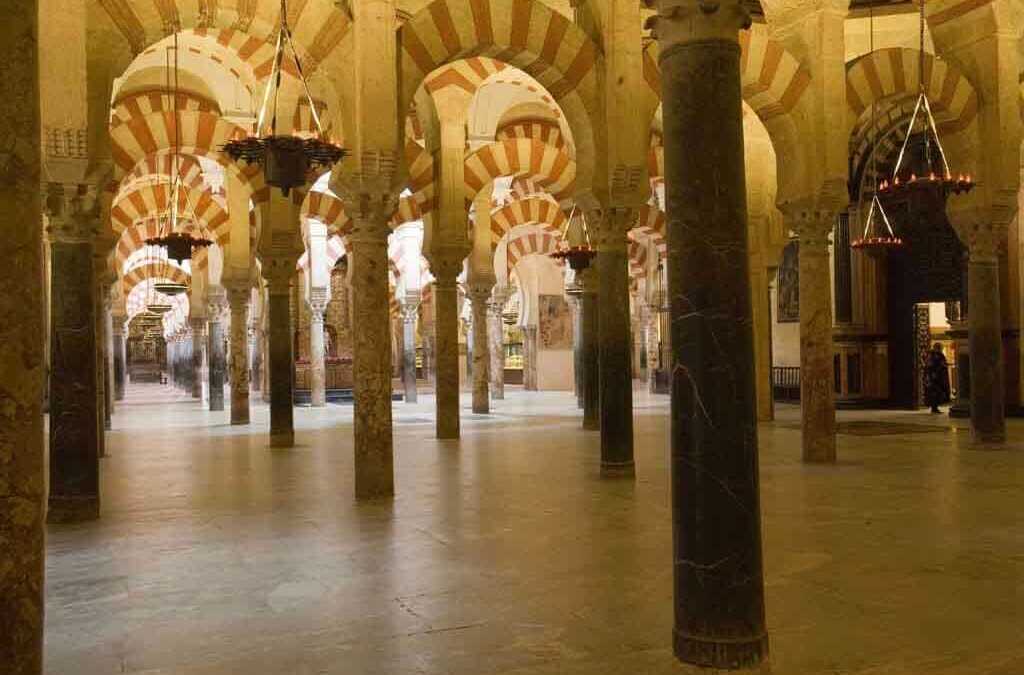 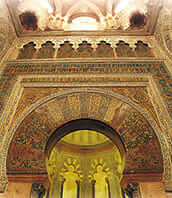 The Mosque, Cathedral Cordoba is the most important monument of all the Islamic West and one of the most amazing in the world. In its history, the complete evolution of the Umayyad style in Spain, in addition to the styles Gothic, Renaissance Y baroque of Christian construction.

Entre las cosas que ver en córdoba (que son mas de 100) está la catedral. El lugar que hoy ocupa nuestra Catedral, mezquita parece haber estado, desde antiguo, dedicado al cult of different divinities. Under domination visigo was built on this same site Basilica of San Vicente, on which it was built, after payment of part of the site, the primitive mosque. This basilica, rectangular in shape, was shared by Christians and Muslims for a time. When the Muslim population was growing, the basilica was acquired entirely by Abderraman I and destroyed for the definitive construction of the first Alhama Mosque or main city. Currently, some construction elements of the Visigoth building are integrated into the first section of Abderraman I.

The Great Mosque consists of two different zones, the playground or sahn porticado, where the minaret rises (under the Renaissance tower), the only intervention of Abd al-Rahman III, and the prayer room or haram. The interior space is arranged over a concert of columns and two-color arcades of great chromatic effect. Five are the areas in which the enclosure is divided, each corresponding to the different extensions carried out.

After visiting the Mosque, we recommend you take a little pleasure and go to a Hammam, it can be quite an experience ...

Y seguimos viendo las cosas que ver en Córdoba, por ejemplo Medinat al-Zahara, the lavish and mysterious city that Abd-al Rahman III commanded to build at the foot of Sierra Morena, eight kilometers from the capital, encloses, even in his name, legendary stories. Popular tradition affirms that, self-proclaimed Abd al-Rahman III caliph in the 929 AD., and after eight years of reign, decided to build a palatine city in honor of his favorite, Azahara. However, recent studies provide strong evidence of the cause that prompted the caliph to found Medina Azahara. A renewed image of the newly created Western Independent Caliphate, strong and powerful, one of the greatest medieval kingdoms in Europe, is accepted as the most probable origin of the new Medina. 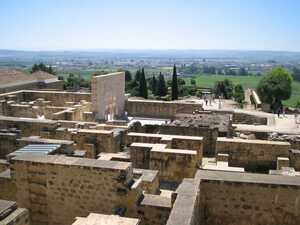 The city is arranged in three terraces surrounded by a Wall, located on Real Alcazar in the most superior and intermediate. The lowest zone was reserved for households and the mosque, built outside the walls. The historical sources point to the participation of some ten thousand people who worked daily in its construction. Abd al-Rahman did not skimp on materials to achieve the desired effect: the insignia of the powerful kingdom he ruled. Rich violet and red marbles, gold and precious stones, in addition to the careful handicraft work of the best quarrymen and the legendary bizatine contributions, helped the rise of the precious project.