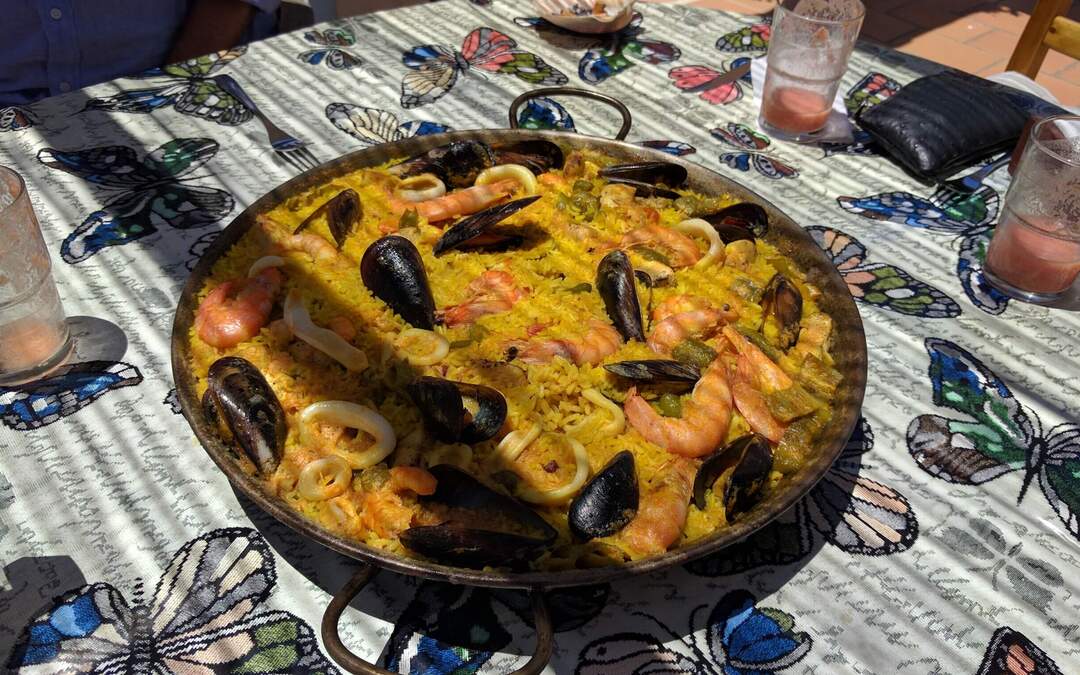 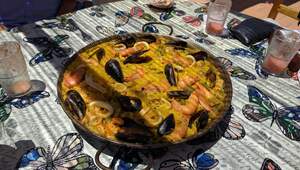 A true Valencian Paella ’s ingredients come from the produce of the fertile coastal strip: rabbit and chicken, tomato, plus several local varieties of green and dried beans and white vaqueta snails after rain (they shouldn’t be substituted by other varieties).

After that there is no clear agreement: some insist on rosemary and others dislike it; pimentón is usually, but not always, added alongside the saffron. This recipe comes from Levante, a restaurant in the small town of Benissanó (Valencia), which began serving paella accidentally twenty-five years ago as an extension of the family’s Sunday lunch. Since then,

it has grown into one of the most respected paella restaurants in the Valencia region. Rafael Vidal, the third generation in the kitchen, stresses that their recipe is not entirely orthodox; since today’s chicken falls off the bone if simmered in the old way, it’s only fried. He does, however, like most valencianos, consider a wood fire an essential part of the recipe, as much for the flavor of smoke as the intense heat, which produces the socarrat, or crunchy brown crust. This is Rafael Vidal’s recipe for a paella over a wood fire, in appropriate quantities. The wood for the cooking of the rice is traditionally orange and vine shoots, but any hard wood should be fine (pine is too smoky). Servings: 10

Few days ago from Jean, editor from Jen Review, contact with us to share their «Smokey mussel with paella recipe«.